The Times They Are A-Changing in the Building Industry – Slowly 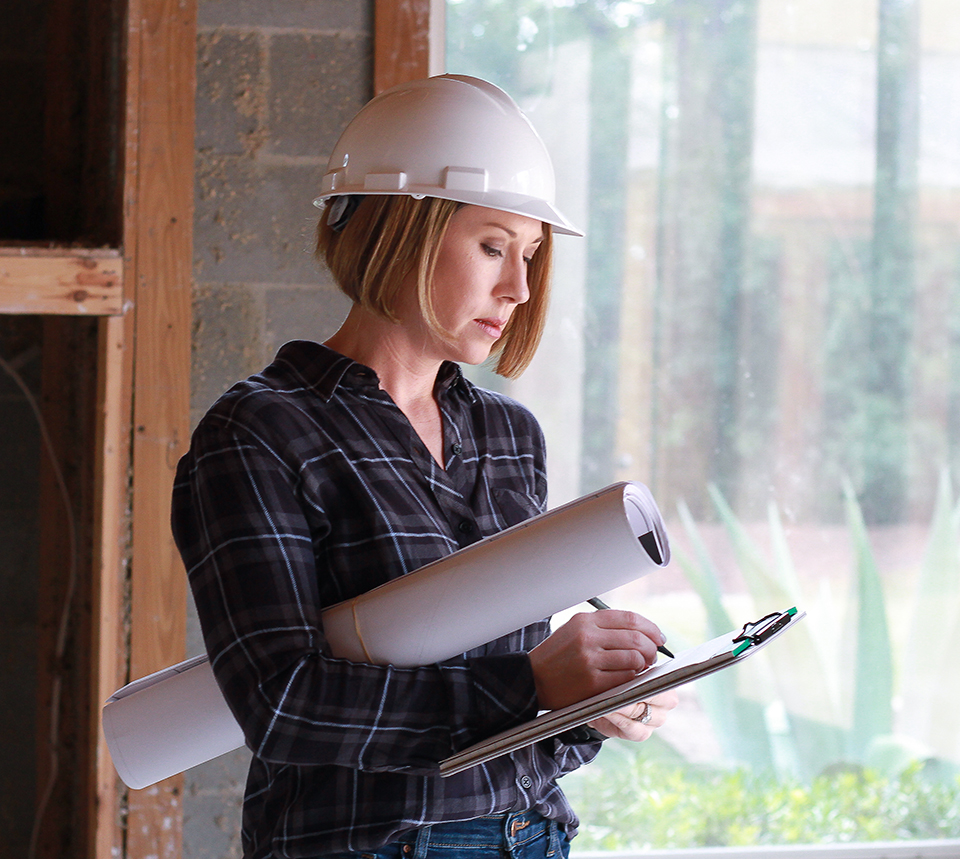 If there’s an industry that’s been a man’s world since its inception, it would be the building industry. But things are starting to change – at least in small increments.

You want proof? A January 2019 report from the National Association of Women in Construction indicated that women made up 9.1 percent of the workforce in the construction industry. But a new report, one year later, shows that number has increased to 10.3 percent. OK, that’s not a big increase, but it is a change in a positive direction.

And here’s a piece of local good news. Ashley Finnegan may be, in some small but significant way, responsible, if there’s another increase in 2021. That’s because she recently launched A.Finnegan Construction, a woman-owned company providing construction services for residential, commercial, healthcare, education and government facilities.

Finnegan was already involved in the construction industry as vice president at Maven Construction Group, a general contractor that specializes in property restoration and reconstruction. There she works with her husband, Leith, Maven’s owner. But she believes now is the right time for her to create an entity where she’s in charge.

Finnegan certainly comes by her love for the building industry honestly. You might say she was born into it.

If that wasn’t enough, two uncles and her grandfather were in the industry.

She spent time before and after school with her father at construction sites.

“My favorite thing was to sit with him while he drew home designs on architectural paper,” she said. “I drew my own homes at the same time. And he always looked for my input. It was never my dream to become a contractor, but I certainly grew up around it.”

Instead, she went to college and then into the corporate world in marketing and sales. She joined Leith at Maven six years ago, and a few years ago she became a certified building contractor and obtained her Florida license.

“I waited a few years before a decision,” she said. “Now the timing is right, so I launched A. Finnegan Construction under my license. My goal was to have a woman-owned small business. I never dreamed it would be in construction but through personal experiences and marrying a general contractor, it gave me the courage to go into this male-dominated industry. I’m looking forward to seeing what the future will bring.”

Ashley’s foray locally into the construction industry is one sign of changes occurring in the industry. Seeing women contractors on TV shows is another.

And now meet Tina Gleisner, a home-improvement expert who offers her expertise online. Her site includes a wealth of information about home buying, home building, home repair and do-it-yourself projects. I would offer one note of caution before you plunge into Gleisner’s site. Male or female, be careful about DIY projects. If it seems beyond your ability, don’t try it. Leave it to the professionals. Otherwise you could end up like some of the projects we featured here last month.

So, here are just a few examples of the signs that this industry is changing, and I think for the better.

Next time, Mr. Rick’s Blog will prep sellers on getting their homes ready for the home-sale inspection.